As consumers have been relegated to their homes more often than ever in 2020, gaming has seen its popularity continue to rise. In fact, 40% of American respondents to a YouGov survey said they are playing more games in 2020, whether it be on PC, console, or mobile device. On top of the time spent at home, the year has also brought the long-anticipated releases of Playstation Series 5 and Xbox Series X/S — with demand so high that each has faced out-of-stock issues.

With no slowdown in sight even beyond the scope of the pandemic, it’s important for brands and marketers to understand the industry and its audience. Below, we highlight three things you need to know. 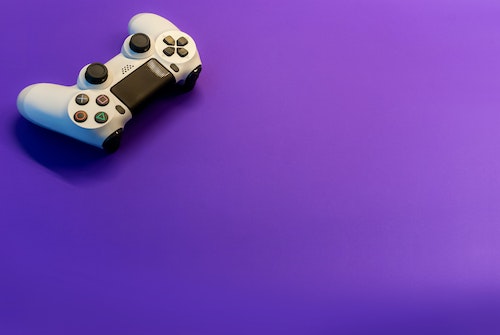 Though much of the cultural conversation surrounds console gaming, mobile and PC gaming outpace it in America. Fifty-nine percent of consumers play games on their phones or tablets, followed by PCs (32%) and consoles (28%). While the ubiquity of mobile gaming can be partially attributed to accessibility and time investment, a quarter of mobile gamers are serious about their craft — playing over ten hours per week. Five percent exceed 25 hours of playing time.

PC gaming, on the other hand, has grown in recent years due to the wide variety of games available to users. The most popular games among PC gamers are ones that need to be installed or downloaded (59%). However, nearly half of consumers play free online games and two in five play pre-installed classics such as Solitaire or Minesweeper.

Esports have grown rapidly in recent years, but still represent an uncharted territory for most Americans. Though seven in ten U.S. consumers are considered gamers, only 8% are engaged with esports. What’s the reason for the gap? When YouGov asked consumers to identify the correct definition of esports in multiple choice, only 38% of gamers in the knew it was “competitive video gaming in the form of organized or professional events.” To get more gamers into the fold, education will be an important first step.

Alternatively, gaming video content (GVC) enjoys higher awareness and engagement in the United States — even attracting viewers from those who don’t play the games themselves. Twitch, in particular, garners the most engagement among gamers, and brands have taken notice. Just this week, Wendy’s and Uber Eats partnered with top streamers on a “Never Stop Gaming Menu” including combinations of menu items chosen by each. Those who do order from the promotion will get a prize pass in their delivery bag – giving them the chance to earn Uber Eats gift cards or Wendy’s swag.

According to YouGov, 2.5% of U.S. adults play video games for over 21 hours a week on console or PC. Though stereotypical depictions of hardcore gamers are usually male, women represent almost a quarter of this group. And, despite all the time spent on gaming, hardcore gamers still have time for other interests. In particular, they over-index in sports fandom, especially with respect to the NBA, NFL, UFC, and FIFA World Cup.

If you’re looking to market to hardcore gamers, though, beware of ads; they are 47% more likely to use ad blockers compared to the general public. For this reason, brands have turned to sponsorships as a way to integrate directly into content — whether it be in the world of esports or GVC. If your brand is looking to connect with gamers as the industry continues to grow, contact us today to learn how we can help.