Blog / Uncategorized / 7 Things to Know About Consumer Finances in 2021

7 Things to Know About Consumer Finances in 2021

While public health has been the issue at the forefront of the COVID-19 pandemic, it has had ramifications across all aspects of life. Job losses and economic strife have led to a large decline in consumer activity, with many people choosing to prioritize long-term financial health over non-essential expenses. Vaccinations offer hope for a semblance of normalcy going forward, but some new habits may hold for the long term. To find out seven things you need to know about consumers and their personal finances in 2021, read along below. 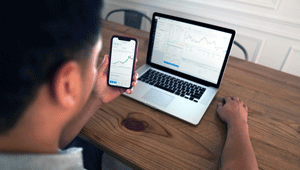 Is your brand looking to connect with consumers and help them achieve their financial goals in the coming year? Contact us today to learn how we can help by creating brand experiences that educate, encourage trial, and earn lifelong loyalists.