When the NBA announced the suspension of its season on March 11th after a player tested positive for COVID-19, it set off a chain reaction that no one could have foreseen just months ago. From March Madness and the Masters to the Stanley Cup playoffs and Summer Olympics, sporting activities have come to a screeching halt. While public health and economic concerns remain the most important issues of the COVID-19 crisis, sports have always served as an escape for the millions of Americans who would welcome such a distraction during this time.

For marketers, the downtime without sporting events is a shock to the system, too. According to Nielsen, brands spent $17 billion on sports sponsorship deals, $20 billion on advertisements for sports-related programming, and an additional $1.2 billion on digital advertising surrounding sports in the 2019 calendar year. Without these events to rely on, it becomes more challenging to reach the 69% of Americans who identify as sports fans and the 28% who identify as super fans.

Although we likely aren’t getting live sports events any time soon aside from this week’s first-ever virtual NFL Draft, brands should still be looking to engage fans who are hungry for content as their favorite athletes and teams remain sidelined for the foreseeable future. It’s for that very reason that ESPN expedited the production and release of The Last Dance, the much-anticipated documentary mini-series on Michael Jordan and the late 90s Chicago Bulls. Among a few other brands, State Farm managed to get in on the fun as the presenting sponsor of ESPN’s after show and even dropped a deepfake commercial that had everyone talking on social media during the show’s first airing.

ESPN and State Farm aren’t the only ones appealing to sports fans, though. Despite the dearth of live sporting events, brands and leagues are doing their best to keep fans engaged throughout this time. 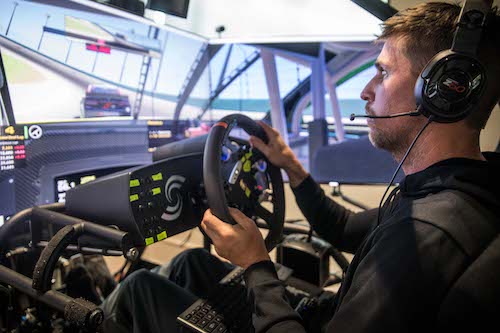 In late March, NASCAR held the first-ever eNASCAR iRacing Pro Invitational race, during which it put actual NASCAR drivers (and even retiree Dale Earnhardt, Jr.) behind the wheel of simulators for a race that aired on Fox Sports 1. According to Nielsen viewership data in the U.S., an average of 638,000 homes tuned into the race for just more than half of the 112-minute broadcast. That not only made the it the most watched linear esports broadcast in history, but it also introduced NASCAR to 255,000 new viewers who hadn’t watched a live race in 2020. 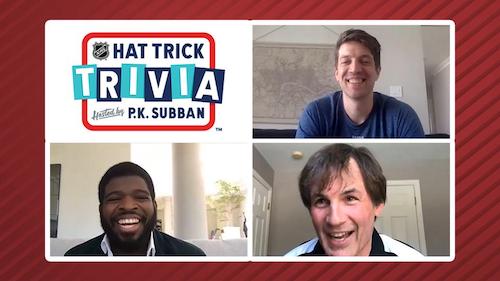 With the season on pause for an indefinite period of time, the NHL has been hard at work to bring the game’s biggest personalities to the fans. Zoom has enabled the league to create themed calls like trivia with PK Subban as host, a coaches get-together with former teammates Craig Berube, Rick Tocchet, and Rod Brind’Amour, and a full team reunion of last year’s Stanley Cup champion St. Louis Blues. Additionally, the league has been extremely active on Instagram, creating March Madness-style brackets, airing live player Q&As, and encouraging fans to post videos of themselves playing #HockeyAtHome. As of last week, the hashtag had been viewed 88 million times and had over 8.2 million engagements.

Last week, the NFL announced additional details for its Draft-A-Thon, a league-wide fundraising campaign that is aimed at raising money for COVID-19 relief efforts during the NFL Draft. Fans will be able to follow coverage on NFL digital properties while hearing from hosts Rich Eisen and Deion Sanders, as well as guests like Kevin Hart, Quavo, Ninja, and a number of NFL stars. All 32 NFL general managers have agreed to donate $1,000 per draft pick and most coaches will follow suit, while fans will have the option to donate any amount via text or on the league’s website. Fans also have the opportunity to bid on autographed NFL items and exclusive experiences, with all proceeds going towards one of the NFL’s six designated nonprofit partners, including the American Red Cross, CDC Foundation, Feeding America, Meals on Wheels America, Salvation Army, and the United Way.

Whether it’s through competition, content creation, or charitable efforts, brands and leagues alike have the opportunity to engage an audience that is missing out on the entertainment and sense of community that sports provide. If your brand is interested in engaging sports fans during this crisis or beyond, contact us today to learn how we can help.