Infographic: How Americans Prepare for the Big Game

Not everyone is a football fan, but when it comes to the big game, nearly half of Americans will be tuning in to this year’s matchup between the Los Angeles Rams and New England Patriots. A lot of preparation goes into it, too, with consumers making all kinds of purchases and plans prior to the event. In this infographic, we take a look at consumer spending and behavior when it comes to the big game. 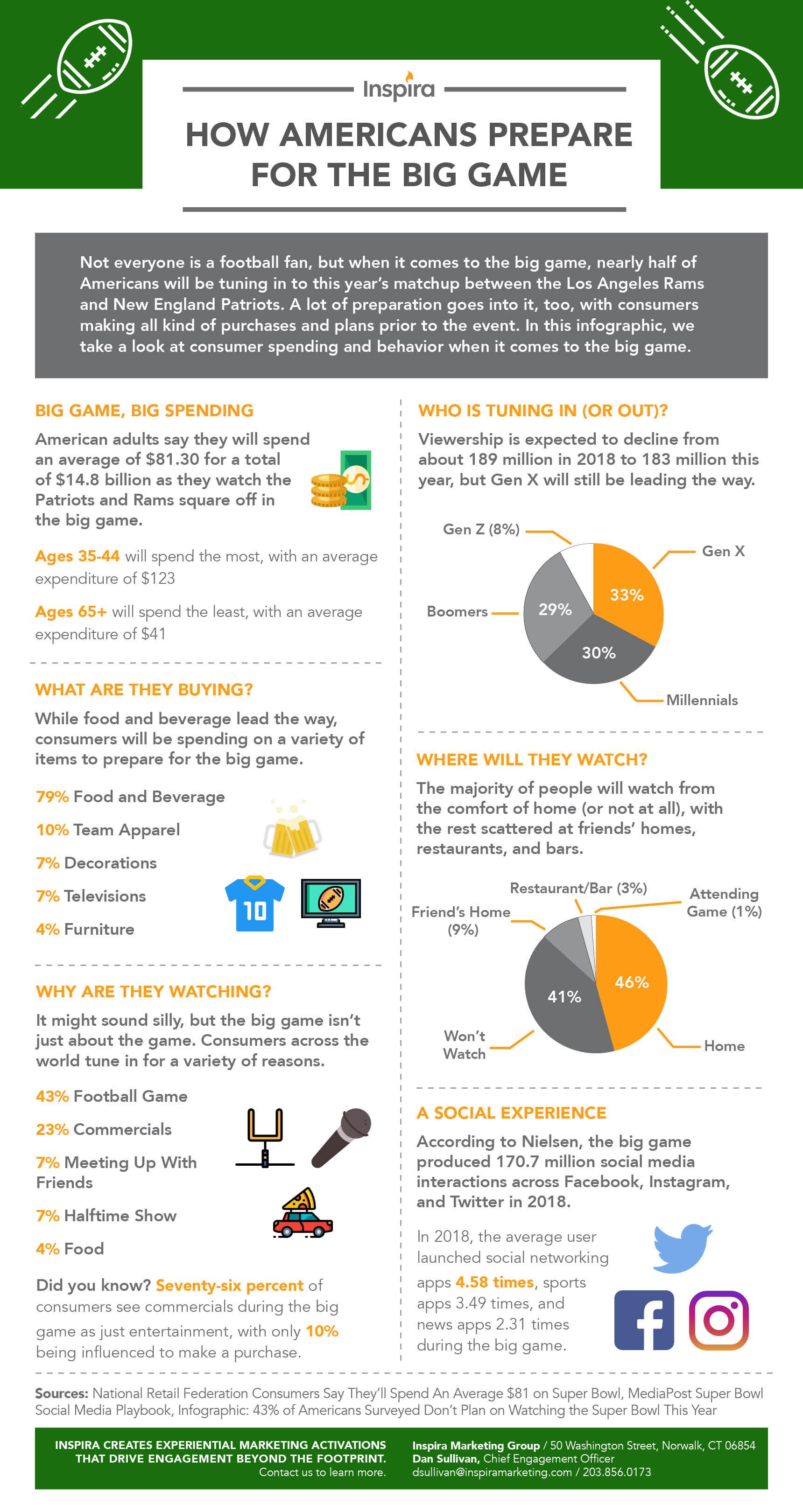 Here are six facts you need to know about consumer behavior when it comes to the big game:

American adults say they will spend an average of $81.30 for a total of $14.8 billion as they watch the Patriots and Rams square off in the big game.

Ages 65+ will spend the least, with an average expenditure of $41

What Are They Buying?

Why Are They Watching?

7% Meeting Up With Friends

Where Will They Watch?

Looking to use the big game to build awareness for your brand? Contact us today to learn how our suite of experiential marketing services can help build long-lasting, meaningful connections with football fans across the country.

You might also enjoy:
Insights
Five Trends to Watch in the World of Esports
Beverage
Infographic: Consumer Sampling – How Trying Leads to Buying
Infographics
Infographic:  An Update From Gen Z