Dry January Continues its Rise in 2021

When Alcohol Change UK created the Dry January campaign in 2013 to raise money for alcohol abuse and treatment, it likely had no idea of what was to come. Now a global phenomenon, Dry January invites consumers from across the globe to abstain from alcohol for the duration of the month for the sake of their health and their wallets.

This year, participation is reaching an all-time high due to increased consciousness around personal health and wellness during the pandemic. Below, we take a look at the rise of Dry January and how the industry is responding with non-alcoholic offerings.

According to Mintel, social mentions of Dry January increased 89% from 2018 to 2019; that number jumps 1083% over the four-year period of 2015-2019. It’s not just social chatter behind the movement, though. This year, YouGov reports that 23% of U.S. adults who drink alcohol are participating in Dry January — an increase of seven percentage points over 2020. Of that group, Millennials (27%) and Gen Xs (23%) have demonstrated more interest than Baby Boomers (17%).

The reasons for partaking in Dry January are well-documented. A 2018 study of 800 Dry January participants by the University of Sussex revealed the multitude of benefits. Nine of ten consumers said they saved money during Dry January, while eight in ten said they felt more in control of their drinking. The physical benefits were immense, as well; seventy-one percent said they slept better, 67% said they had more energy, and 58% said they lost weight. 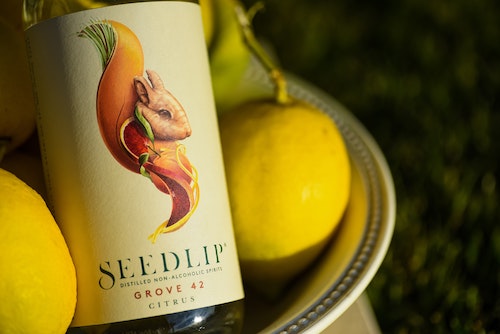 Of course, sobriety is not solely confined to Dry January and its cousin, Sober October. The growth of these events is merely a reflection of society’s continued emphasis on health and wellness. According to Nielsen, 66% of U.S. adults aged 21-34 are consciously reducing their overall alcohol consumption.

Simultaneous to this change in consumer behavior, we’re seeing the rise of non-alcohol alternatives. Mintel reported that the incidence of mocktails on restaurant menus increased 32% from Q3 2016 to Q3 2019, and brands such as Seedlip have released an array of distilled, non-alcoholic spirits to meet growing demand. Likewise, some of the world’s biggest brewers have entered the fold with their own non-alcoholic beers. In fact, according to IRI, non-alcoholic beer sales were up 40% in 2020 in terms of dollars and 30% in volume.

For the many consumers taking part in Dry January, non-alcoholic options have proven a solid alternative. According to The Drinks Business, 75% of UK consumers partaking in Dry January turn to non-alcoholic versions of beer or wine to achieve their goal. Here in the United States, brands have stepped up their efforts to cater to consumers looking to do the same.

In December, Connecticut-based Athletic Brewing began offering a Dry January survival pack for consumers — each featuring five six-packs of their non-alcoholic beer along with a branded glass. Similarly, Heineken 0.0 gave away 8,000 Dry Pack cases of non-alcoholic beer, with each including 31 beverages — one for every day in January. Others, such as O’Doul’s, have been celebrating the month for years with programming such as special can designs and a partnership with Match.com.

Even when the pandemic subsides, the continued growth of Dry January is indicative of a broader societal trend towards health and wellness. If your brand is looking to connect with today’s health-conscious consumers, contact us today to find out how we can help.